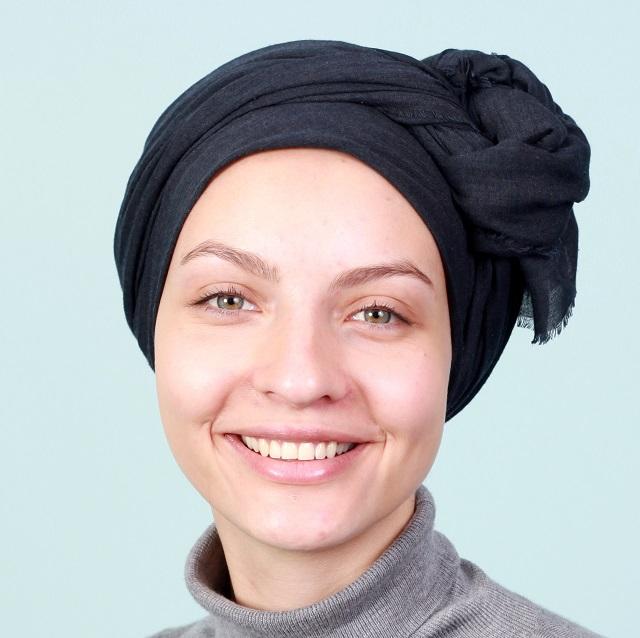 Balawyn holds the positions of Research Fellow at the Institute for International Law and Humanities and Teaching Fellow (Human Rights and Global Justice). She completed her PhD at the Asian Law Centre and Centre for Indonesian Law, Islam and Society, Melbourne Law School, the University of Melbourne. She researches across the fields of Indonesian law and human rights, in particular with respect to gender, religion and law. She has an interest in the protection of women’s rights in developing jurisdictions and her doctoral thesis examines criminal justice responses to domestic violence. 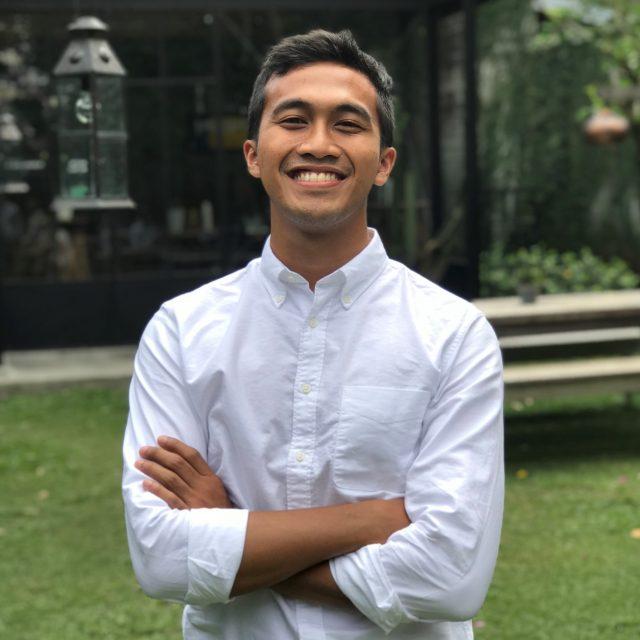 Dwiky currently works with the Public Diplomacy team at the Australian Embassy in Jakarta. Prior to this, he worked for the Culture and Information Division of the ASEAN Secretariat and the Australian Consortium for ‘In-Country’ Indonesian Studies (ACICIS) where he was involved in Journalism, International Relations, and Public Health programs. Dwiky holds a degree in International Relations from the Universitas Padjadjaran. 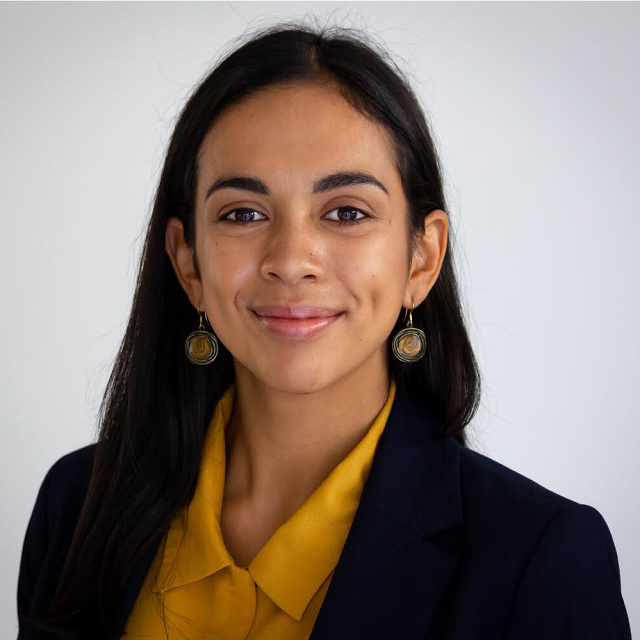 Mira is a Graduate Associate at Coffey International Development and an alumna of the University of Adelaide where she completed a Bachelor of Psychological Science (with courses completed cross-institutionally at Flinders University). She is an alumna of the New Colombo Plan Scholarship through which she completed via an exchange program at Gadjah Mada University in Yogyakarta and internships with Rifka Annisa Women’s Crisis Center, KAPAL Perempuan, and the Australian Consulate-General in Makassar. Informally, Mira is trying her hand at literary translation from Indonesian to English using poems written by friends. 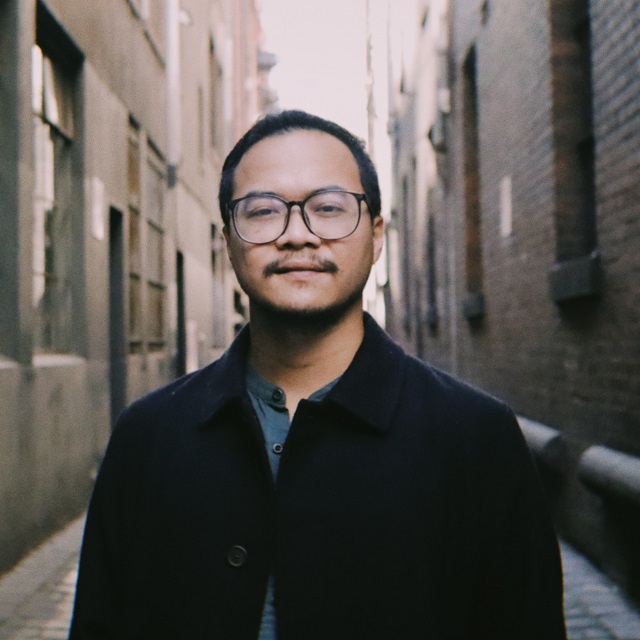 Doni is a graduate student at the University of Melbourne under the Office of Environment Program, pursuing his Master of Environment. He is an alumnus of CAUSINDY 2016, held in Bali, and was a delegate at the CAUSINDY 2019 reunion in Darwin. His career revolves around community based climate change adaptation, disaster risk reduction, and inclusive conservation using permaculture principles. He has a passion for community organising, and creating an intersectional space between the arts, humanities, and environment. Currently Doni is working on his thesis research project on the significant roles of traditional/indigenous ecological knowledge in informing climate change adaptation policy in Eastern Indonesia under the AIC-PAIR program. 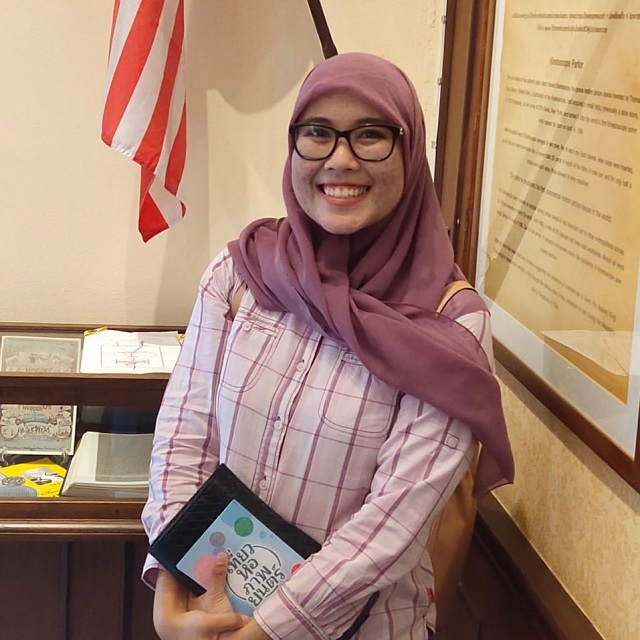 Nurmala is an HR generalist engaged in human resources management and development, specifically within development and humanitarian realms, having worked for UNDP Indonesia, WWF Indonesia, Save the Children Indonesia and currently at ICRC Indonesia. All of this is a reflection of her broader interest in international development. Through her involvement with CAUSINDY, she hopes to contribute as a catalyst in fostering the bilateral relationship between Australia and Indonesia. 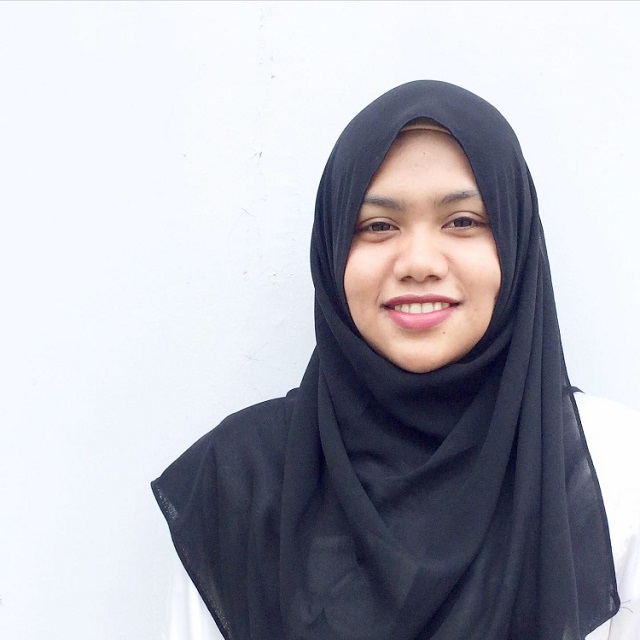 Rivana is a language teacher who is passionate about community development issues. She is currently volunteering at an NGO called Darah Untuk Aceh, which assists kids with thalassemia disorder and raises public awareness about thalassemia through campaigns in conjunction with other parties and communities. Rivana is an alumna of Australia Indonesia Youth Exchange Program (AIYEP) 2018/2019, and beyond that program is maintaining her relationship with Australia by volunteering with CAUSINDY and actively having discussions about the Indonesian-Australian bilateral relationship with her comrades. 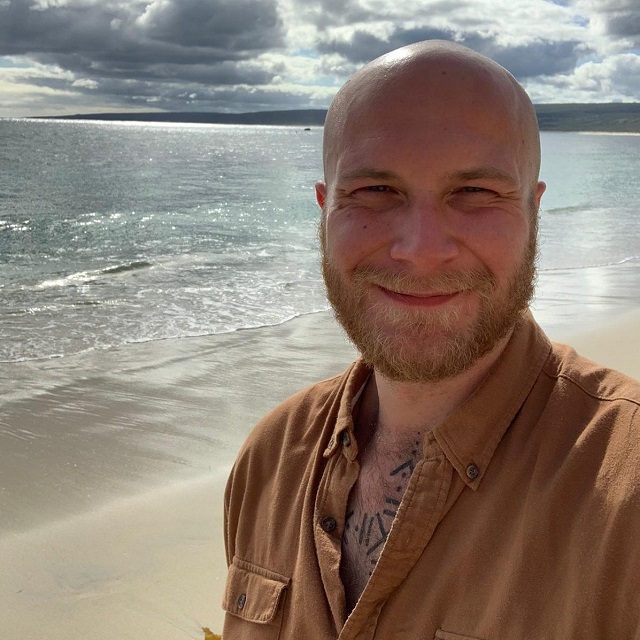 David is a Domestic Engagement and Recruitment Strategist at Murdoch University in Western Australia. He holds a BA Asian Studies Specialist degree which saw him undertake a year of studies in Indonesia with ACICIS. From a month-long exchange program in Surabaya as a grade 10 high school student to a three-month placement in Makassar with AIYEP after graduation, David has maintained his relationship to Indonesia by volunteering with AIYA as Chapter President in WA, and has been a CAUSINDY team member since 2014. 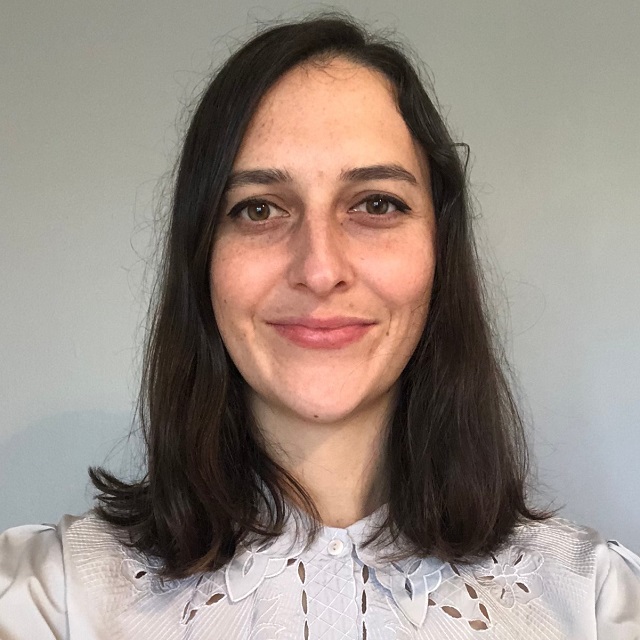 Freya’s first introduction to Indonesia was on a language program in Salatiga, Central Java, in 2014. From this experience, her love for Indonesia’s cultures, languages and landscapes was strongly cemented. Since then, Freya has continued her engagement with the region by undertaking a year-long exchange in 2015 at Gadjah Mada University and Parahyangan Catholic University, where she completed her thesis on Artist Communities in Bandung. Freya is a former Vice President of AIYA ACT Chapter and was Cultural Performance and Events Coordinator for the Australia Indonesia Youth Exchange Program (AIYEP) 2016/2017. Since graduating from ANU with a BA Asia-Pacific Studies/Science in 2017, Freya has been working in health, advocacy and women’s microfinance organisations in Indonesia through the Australian Volunteers Program, a DFAT funded initiative. 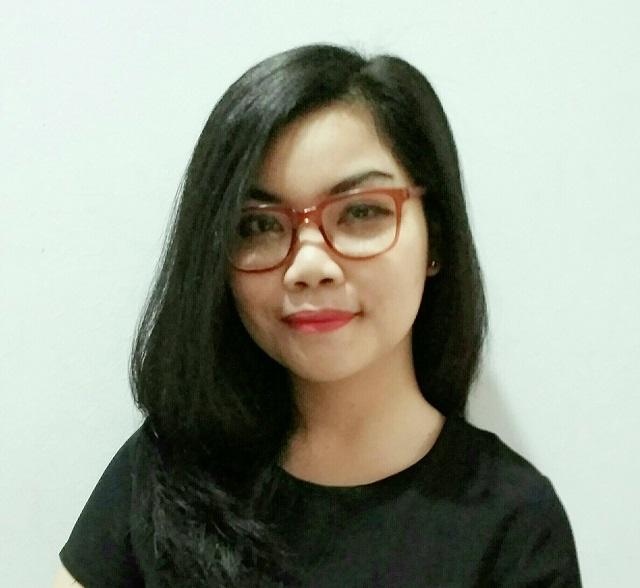 Fika works as the Communications and Promotions Coordinator at Australia Awards in Indonesia, an Australian Government-funded program from the Department of Foreign Affairs and Trade for scholarship opportunities and the Australia Global Alumni network, and was previously employed by the British Council in its Education Marketing team. Her main passion is for communications, particularly in the field of development. Apart from her professional activities, she likes to explore new readings, enjoy movies and songs, and learn how to make healthy-nutritious dishes. 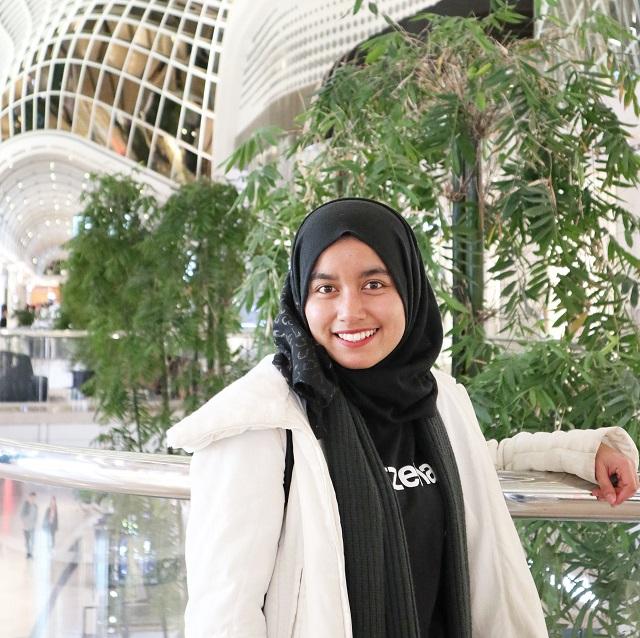 Evelynd pursued her Master of Communications and Media Studies at Monash University. During her time in Melbourne, she was a professional intern at the ABC and sought professional experiences in digital media. She is currently the President of AIYA Jawa Barat and a Social Media Officer for AIYA National. Evelynd is a lecturer at the Faculty of Communication Sciences at Universitas Padjadjaran, Bandung, where she specialises in television and film studies. 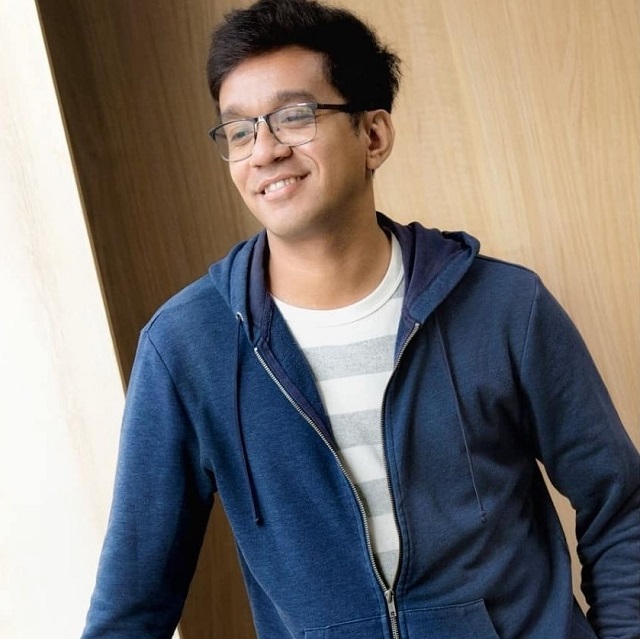 Seluz is a Data Support Officer at Australia Awards in Indonesia (AAI). He holds a Master of Science Degree in Mathematics and Statistics from the University of Melbourne. Upon returning from his postgraduate training, he initiated a community called Let’s Talk, to help young people in his hometown of Kupang, Nusa Tenggara Timur, to learn and speak English. He has been actively promoting the opportunities to study in Australia and the Australian education system through his personal YouTube channel and podcast. Travelling and writing are the ways he enjoys life. 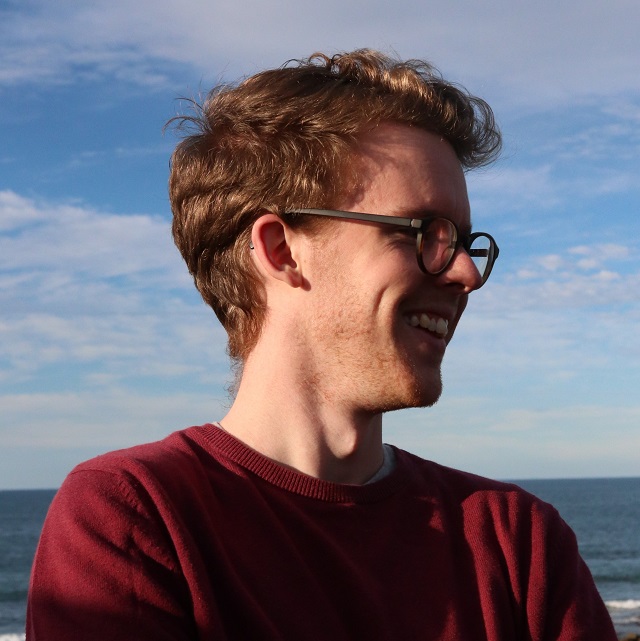 Lachlan is a freelance writer and reviewer living on the lands of the Gubbi Gubbi people. He is an Arts (Honours) graduate in foreign languages and creative writing, and his thesis examined the transgressive attitudes of young writers in Mataram, West Nusa Tenggara. Lachlan is a New Colombo Plan Scholar and an alumnus of AIYEP, ACICIS and RUILI, and has volunteered extensively for organisations such as NAILA and AIYA at national and chapter levels. 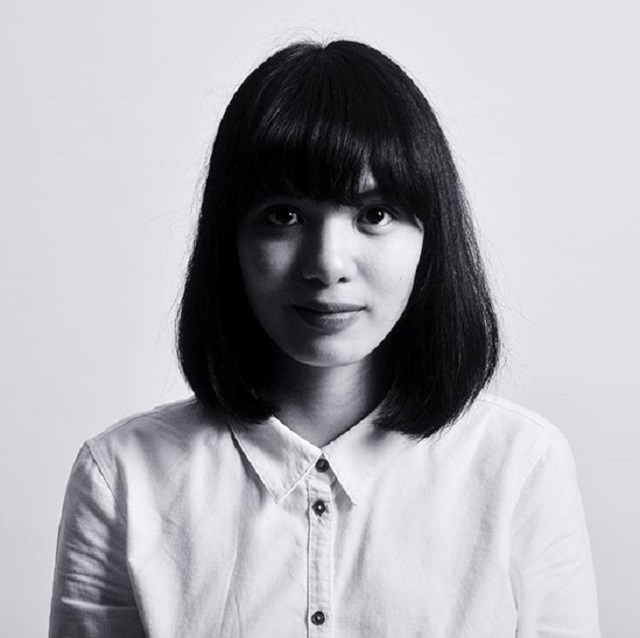 Shila holds a Master of Letters Degree in Curatorial Practice (Contemporary Art) from Glasgow School of Art and a Bachelor of Fine Arts from the Bandung Institute of Technology. She is experienced in curating art exhibitions for non-profit organisations and cultural institutions such as Hunterian Art Gallery, Dia.lo.gue Artspace and the National Gallery of Indonesia. Through her role as Programme Manager (Arts and Creative Industries) for British Council Indonesia, Shila is responsible for developing and residency programmes, producer networking, developing collaborations and co-productions between Indonesia and the UK arts sector. 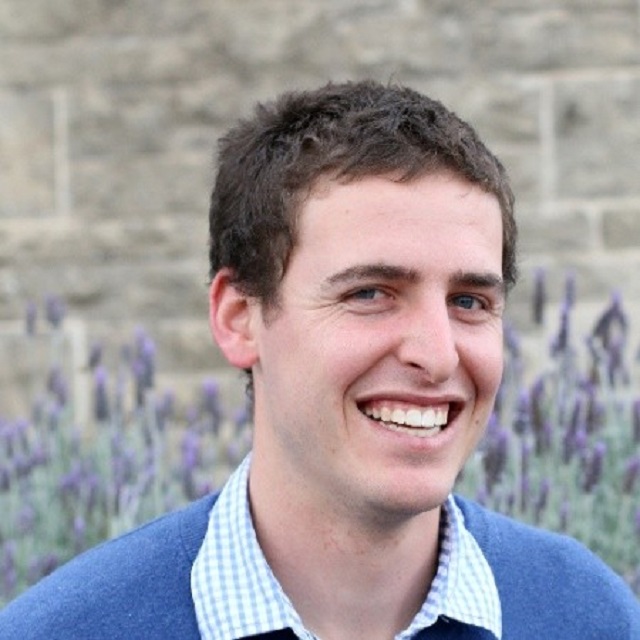 Tim holds a Master of Communications from RMIT, Honours in Indonesian Studies from Monash University and a Bachelor of Arts from the University of Western Australia. He is passionate about the Australia-Indonesia relationship and is both an ACICIS and an AIYEP alumnus. Tim has previously travelled extensively to Indonesia for both leisure and work. He is currently working as an Alumni Relations Officer at Edith Cowan University in Perth. 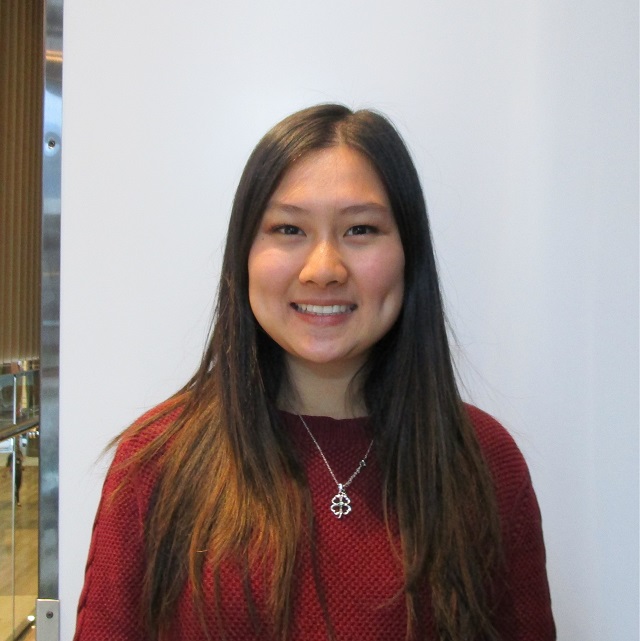 Jessica is a Strategy Analyst at Monitor Deloitte in Melbourne. She holds a Bachelor of Actuarial Studies/Bachelor of Commerce (Finance) from Monash University with a minor in Indonesian Studies. She has visited Indonesia many times since a young age to visit family and developed a strong passion for learning the language and culture in high school. Throughout high school, Jess competed in several Sayembara Lisan Speaking Competitions and continued her studies in Indonesian for VCE and at university. Jess believes that there is significant potential for the Australian-Indonesian relationship to be strengthened, particularly through the next generation of leaders. In her spare time, Jess loves baking layered cakes, dog-sitting and exercising. 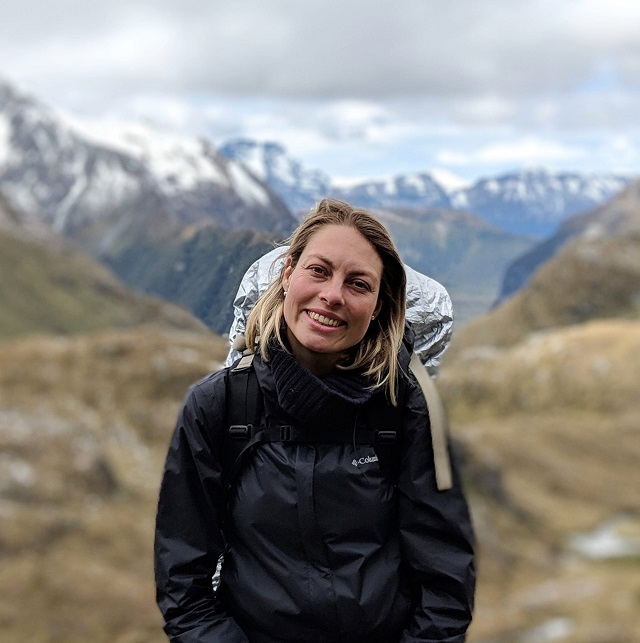 Charlotte is a Policy Officer with the Australian Department of Defence in Canberra. Charlotte holds a Bachelor of Law and Politics and International Studies with Honours from Murdoch University. In 2014, Charlotte completed a semester in Bandung, West Java, with the Australian Consortium for In-Country Indonesian Studies (ACICIS). Charlotte commenced as a graduate with the Department of Defence in 2016, and since 2019 has worked at the Department of Foreign Affairs and Trade. She is currently completing her Masters of Law in Law, Governance and Development at ANU, and has a particular interest in international law and labour rights. 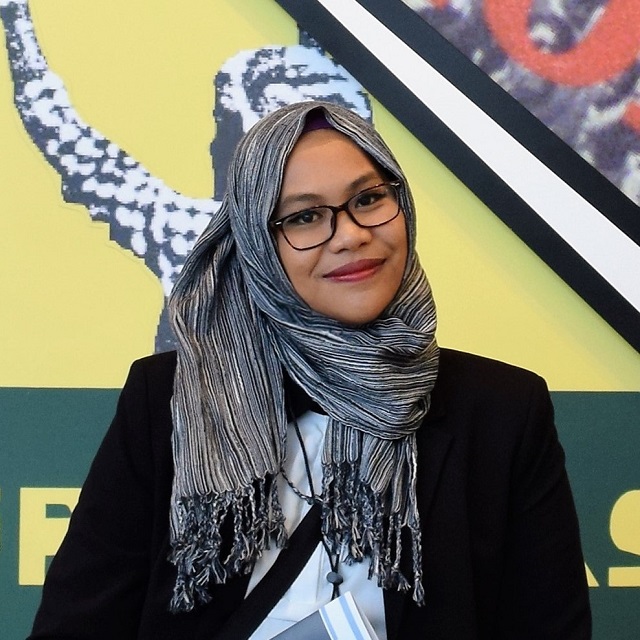 Riska holds a Master of Arts in American Studies from Northwestern Oklahoma State University. She loves to learn about new cultures and involve herself in multicultural settings. Travelling and doing social activities are the ways she enjoys life. Riska has been involved as a volunteer within social communities and initiated several projects to empower children and women around coastal areas and remote islands in Indonesia. She currently works as a partnership manager at a private company in Jakarta. 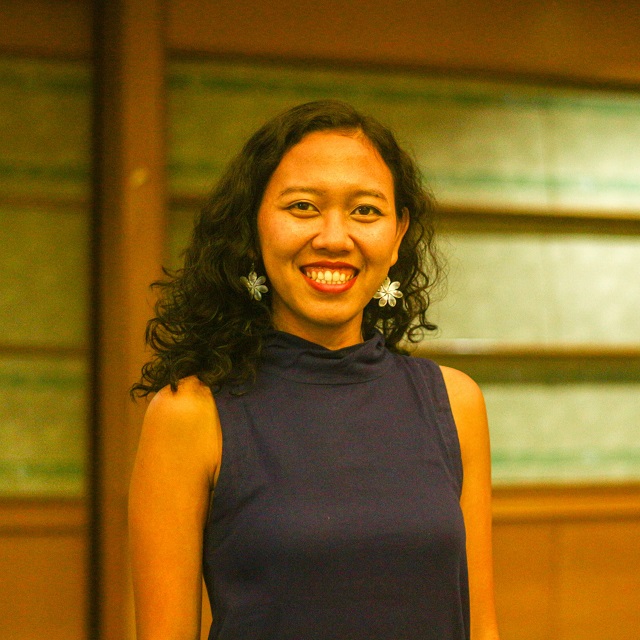 Citra holds a degree in Pharmacy from Universitas Islam Indonesia, Yogyakarta. She currently works for the Australian Consortium for ‘In-Country’ Indonesian Studies (ACICIS) where she coordinates high-quality short term programs for Australian and other international students to study in Indonesia. Outside of work, Citra has volunteered as an AIYA Jakarta Chapter President. Citra loves learning about different cultures and working in cross-cultural workplaces. She spends most of her free time exploring Indonesia’s beautiful beaches and eating spicy food.