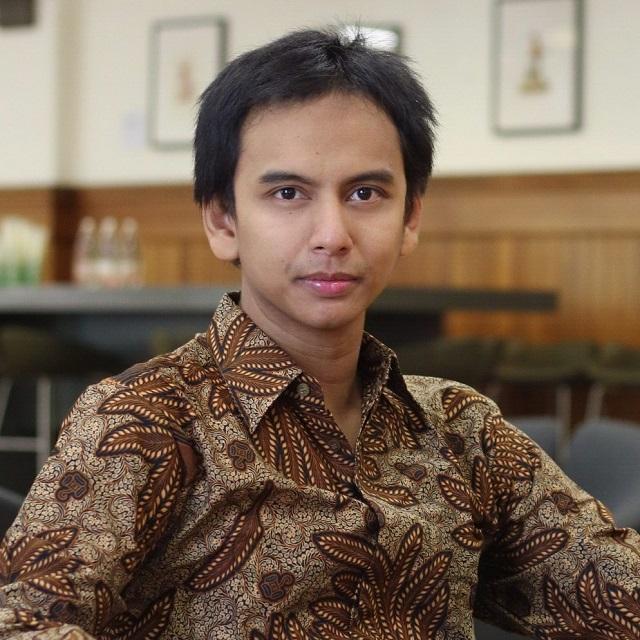 I first met Yudistira, or Yudis, at CAUSINDY 2018 in Makassar, Indonesia. From day one, I knew that Yudis is a man with a big vision. This year, he received his Master of Law from the University of Melbourne with a full scholarship from Australia Awards in Indonesia (AAI). Before undertaking his Master’s degree, he had already established his own law firm, K-CASE Law Office.

Don’t be fooled by his ambitious and cool outlook. Deep down, Yudis is a very funny and caring friend.  I have always had fun conversations with him. Check out my interview with Yudis below.

Tell me about your current role and how you got there.

I am the ambassador of the Australia Indonesia Business Council (AIBC). I was introduced to AIBC for the first time by Australia Awards in Indonesia (AAI) at an  AIBC young professional forum, a platform to profile the caliber of AAS Indonesia scholars and to facilitate networking between them and AIBC members.

My contribution at the forum catapulted me to attend the AIBC National Conference 2018, where I represented AAI as a panelist. The annual conference helped me learn more and network with the AIBC board members. Since then, sound communication and cooperation frameworks that included me, AAI and AIBC were developed and finally resulted in my appointment as the AIBC ambassador.

Why did you first feel interested in Indonesia, and why is the Australia-Indonesia relationship important to you?

Believe it or not, the very first thing that made me become interested in Australia is the kangaroo, back in the day when I was a primary school student.

As time goes by, I gather much information about business, collaboration opportunities and the reputation of education in Australia. I have been interested in this value, and that’s why I happened to think that I must take advantage and be a part of what Australia has to offer. Education and business relations between Indonesia and Australia are significant and interrelated since developments in these fields have a significant impact on society at all levels and strengthen the bilateral ties between the two countries.

Why did you want to participate in CAUSINDY, and what did you gain from the experience?

I had been looking for an environment where young people are able to think critically and be brave enough to voice their thoughts in a fashion that strengthens the bilateral relationship in the business sector. I believed that CAUSINDY had the potential to provide me with this. Through CAUSINDY, I met many people from different fields who have a shared goal, and I learned that we can advance the relationship between Australia and Indonesia in numerous and different ways.

Do you have any creative ideas for the Australia-Indonesia relationship?

I am now in the progress of establishing an Australia-Indonesia startups center that provides all activities needed to build a robust startups ecosystem. While my networks in Indonesia (stakeholders, communities, institutions) play a significant role in building the infrastructure, my role as AIBC Ambassador opens the door for Australian youth and stakeholders to participate. Hopefully, those who have a similar goal and relevant potential can contact me, so that we can walk side by side and really make something happen.

Where do you see yourself in the next 5-10 years?

In the next 5 years, I see myself as a corporate lawyer, a businessman and a lawyer for businessmen. Just how the way I am today, but with a bigger exposure and influence. In the next 10 years, I will see myself as a philanthropist. Practicing kindness and giving to people without any reward are what makes you human.

I am convinced that CAUSINDY can act as a solid platform bridging youth from Australia and Indonesia to create change. CAUSINDY has access to a giant pool of talent, but I do not have sufficient and updated information about many delegates, particularly those who attended the conference in other years. Hopefully, I can access more people in CAUSINDY as they access me at the same time so that we can make something together.