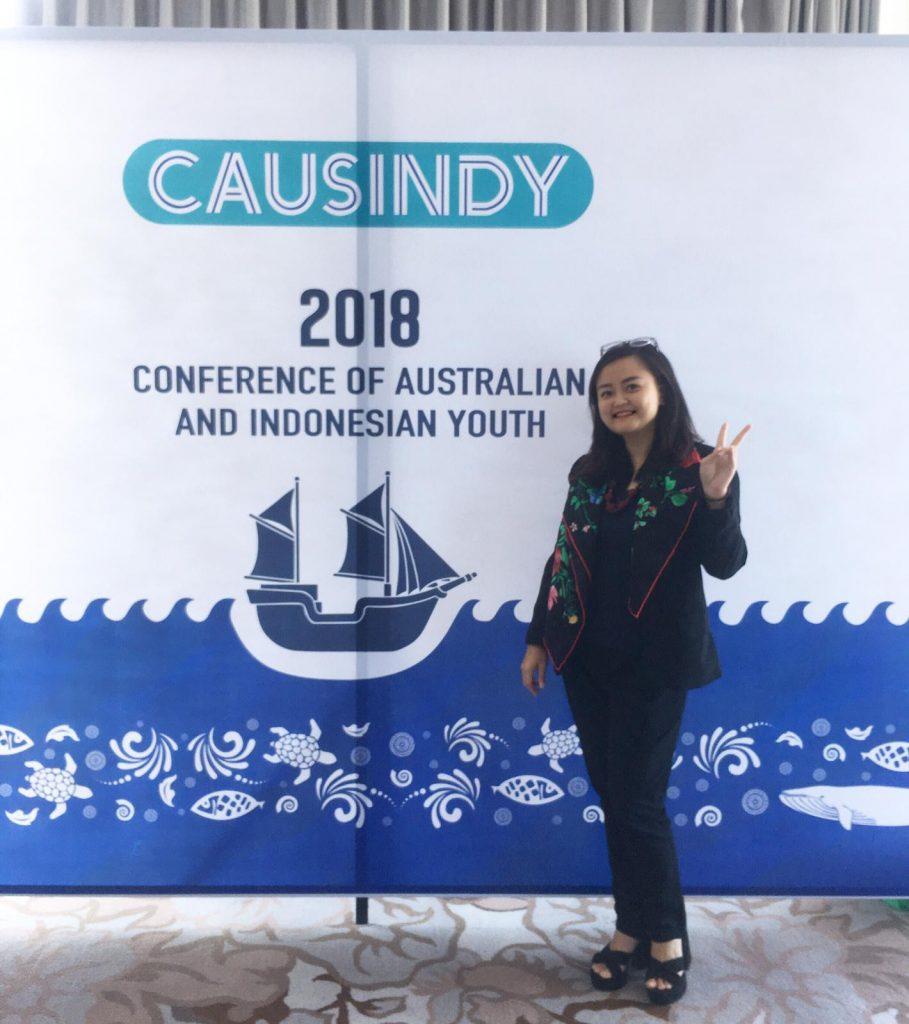 Catherine Setiawan is alumna of CAUSINDY 2018 in Makassar.

Tell us about your current role and how you got there?

I currently work as a Regulatory Reform Adviser at Cardno International Development under the project of the Australia Indonesia Partnership for Economic Development (Prospera-DFAT). I work closely with the Government of Indonesia to improve Indonesia’s Ease of Doing Business (EODB) ranking, including through the implementation of e-government. I first worked with this project in 2012, before going to the USA for my Masters in Economic and Financial Policy at Cornell University.

Why did you first feel interested in Australia, and why is the Australia-Indonesia relationship important to you?

Why did you want to participate in CAUSINDY, and what did you learn or gain from it?

CAUSINDY is an effective platform for me to meet other young leaders within the region that have a similar interest in strengthening the bilateral relationship between Australia and Indonesia. CAUSINDY also gave me opportunity to share and discuss my ideas for tackling the obstacles in the bilateral relationship. In addition, the four-day program of panels, speakers and special events increased my knowledge and understanding of solutions and concrete policy outcomes that are relevant and realistic for government.