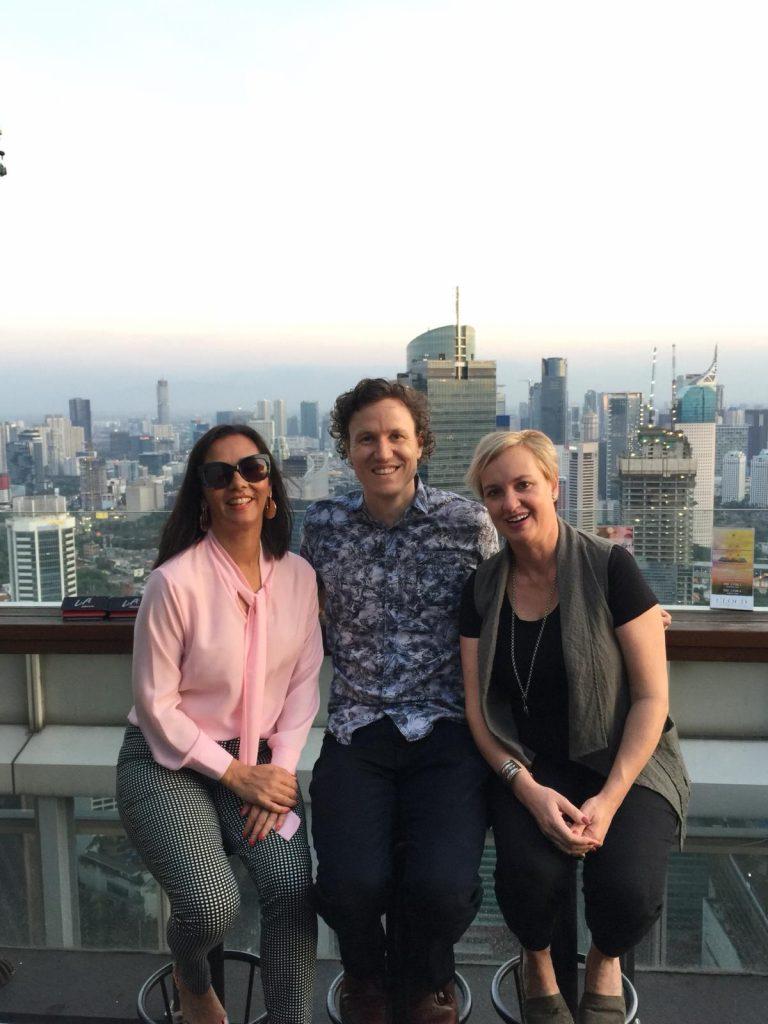 Jack McNaught, the founder of International Internships, was a CAUSINDY delegate in 2013 at the very first conference, held in Canberra. He truly has a strong engagement with Indonesia, which has continually brought him back to the country.

“CAUSINDY is a great opportunity to meet people. I am still in contact with a lot of CAUSINDY alumni and become good friends with them and have even collaborated with some of them for work, too.”

Jack started International Internships about 12 years ago. The program aims to facilitate internships, study intensives, immersion and unit-based programs, along with career mentoring, professional skills development, cross-cultural communication, and language training – all to provide the participants with the tools to work and communicate internationally.

In 2004, when it all began, he spent a year traveling, half of which he spent in Indonesia, learning Indonesian language in Yogyakarta and volunteering in Bali. He loved his time there and left with a desire to return. Jack then started working as a lecturer at Deakin University, maintaining his connections back in Indonesia.

While he was lecturing, he started an internship program called Indonesian Internships, which at the time was only held in Yogyakarta. This was later expanded to other regions of Indonesia and other countries, and became International Internships.

For Jack, doing business in Indonesia can be challenging, but is enjoyable. He finds that Indonesian people are generally honest and share a sense of humour with Australians, especially by not taking themselves too seriously.

When he started, the biggest thing for him that made it quite easy and gave a positive feeling was that students from Australia always felt welcomed by universities or organizations in Indonesia. When asked what changes he would like to see in Indonesia to make his work easier, Jack suggests increased transparency of laws and procedures in Indonesia is the biggest factor would help.

“Overall they have a great time here.”

Yes, the Australian students did enjoy their time in Indonesia. The team got a really wide range of students from Australia, some of them learned Indonesian language at school or have been to Indonesia before, while the others have never traveled to Indonesia and they did not know what to expect.

They get off the plane and are absolutely blown away by all the differences – the heat, the traffic, all those things. But overall, they have a great time in Indonesia even though they have never been here, and a lot of them had come back to visit. They have become friends with the people in Indonesia, which shows how exciting the things are during the program.

The plan for the future is to make Indonesia a place that most Australians want to engage with, and encourage them to visit and discover parts of the country other than Bali. Jack thinks that the opportunities for cooperation between Australia and Indonesia are endless and will be supported by the new IA-CEPA (Indonesia-Australia Comprehensive Economic Partnership Agreement).